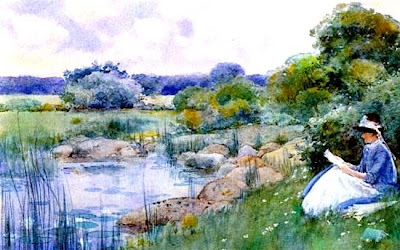 In correspondence received from readers of Valparaiso Poetry Review over the years, one regular feature of the journal, “Recent and Recommended Books,” repeatedly has been complimented and noted for its usefulness. Accompanying each issue of VPR, this page lists current volumes of poetry or poetics, as well as other books concerning poets, such as biographies, readers of the journal might wish to examine.
Despite the fact that a number of the collections cited have been reviewed within the issues of Valparaiso Poetry Review or in the posts of “One Poet’s Notes,” the editor’s blog, the unfortunate reality is that most of those worthy books received do not get enough specific attention and could be overlooked, lost among the long list annually tucked away in the additional pages archived at VPR. Therefore, to increase awareness about more of those valuable collections that have not been a subject of individual commentary or review in Valparaiso Poetry Review, “One Poet’s Notes” offers a continuing series of brief notices, known as “Editor’s Picks,” containing additional information concerning highly recommended books. 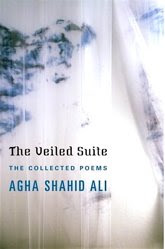 With this entry, “One Poet’s Notes” begins a regular series of posts titled “Editor’s Picks,” focusing on recently released books concerning poets, poetry, or poetics. I am pleased this continuing feature opens with a recommendation of The Veiled Suite: The Collected Poems by Agha Shahid Ali. Many who read Valparaiso Poetry Review or the editor’s blog regularly regarded Shahid as a friend who delighted all, whether in his poetry or in his personal interaction with others. My thoughts of Shahid consistently bring a smile to my face. His trips to Valparaiso University for readings and his meetings with creative writing students in my classes or in individual conferences can be counted among the most enjoyable experiences with visiting writers. Shahid also provided a number of very pleasant memories involving his ebullient personality—his ability to energize and entertain everyone—especially during various times we met at writers’ conferences.

In addition, I recall a conversation we had as he was about to accept a position as professor of English in the creative writing program at the University of Utah, where I had obtained my PhD, and Shahid sought my reassurance that he would enjoy the move. About that time, Shahid also requested that I write a ghazal for an anthology he was compiling and he agreed to someday be a “featured poet” in an issue of Valparaiso Poetry Review. Sadly, I never got around to sending a ghazal to him, and VPR was unable to present an issue featuring his poetry since Shahid was diagnosed with brain cancer shortly after starting his tenure at the University of Utah. Shahid had witnessed this terrible medical condition in his beloved mother, as she had passed away only a few years before.

Agha Shahid Ali died in December of 2001 at age 52, but his legacy as a poet now exists in this new volume of collected works, which also includes a succinct and informative introduction by Daniel Hall. As Shahid wrote in the volume’s title poem, the last he composed before his death: “I’m still alive, alive to learn from your eyes / that I am become your veil and I am all you see.”

Praise for the Work of Agha Shahid Ali:

“It’s amazing that Agha Shahid Ali has already been gone eight years. He spent too little time among us. So it’s even more wonderful that his brilliant, funny, and tragic poetry has now been collected in this superb volume. The last couplet of the penultimate poem, ‘Tonight,’ somehow says it all: ‘And I, Shahid, only am escaped to tell thee— / God sobs in my arms. Call me Ishmael tonight.’” —John Ashbery

“Agha Shahid Ali’s Kashmir, in his poems, is our own lost but inalienable homeland. . . . But the grace and wit, the perceptions and illuminations they serve, their accent, are his own.” —W.S. Merwin

“Ali so artfully sustains his contemplation that upon entering his work we experience the play of light through the many prisms of intelligence.” —Carolyn Forché

“Combining human elegance and moral passion, Ali speaks for Kashmir in a large, generous, compassionate, powerful, and urgent voice. . . . Few poets in the country have such a voice or such a topic.” —Hayden Carruth

“As a Kahmiri, Ali is aware of the historical vicissitudes that breed violence and hatred in people who once lived together peacefully. His poems speak to the enduring qualities of love and friendship.” —Michael Collier

“What is timeless in these poems is the power of grief—sheer cliffs and drops of despair that he masters and spins into verse with astonishing technical virtuosity.” —Carol Muske-Dukes

Is this the definitive collection of Shahid's work? As in, is it the complete collected poetic works? Or does one need to purchase his life's work across different collections? Thanks for this article. It was very helpful. And now you're blog too :)